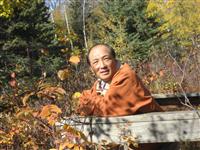 Born in 1957 and raised in Jinan, China, Yuan Cheng Bi’s career as an artist of various mediums began in his home country.   Under the guidance and encouragement of his father, Bi began practicing art at age five.  At the age of eleven, Bi was taken under the wing of one of China’s most prestigious art professors to learn landscaping, watercolor, and oil.  This mentorship would go on for another ten years and prove to be a great factor in Bi’s later successful career in art.
Read More